Resident Evil fans have it good right now. A couple of recent critically acclaimed games under Capcom’s belt, another two games that we know of in development and now a TV show is in the works at Netflix.

Andrew Dabb (best known for his work on the TV show Supernatural) will be the showrunner on the hour-long eight-episode series. Dabb said Resident Evil is his favourite game of all time, and that we will see ‘a lot of old friends’.

The show is set in two separate time lines, one before a zombie apocalypse, one during, and will follow brand-spanking-new character Jade Wesker’s story throughout both. The show has the same production company as the movies, but is going to be set in its own universe.

The Netflix show could turn out to be terrible, but it would be stupid to judge it this early on, and not a lot of fun, so let’s throw a list of wishes at the wall and hope a couple stick!

A grand mansion full of excess and secrets, an art museum turned police station, a decaying Southern Gothic family estate— these are the Resident Evil locations that creep players out the most, and Resident Evil’s bread and butter is creeping people out.

We know from the synopsis that one of the timelines is set in a future with only 15 million people left alive, so Jade can’t exactly spend all her time snooping about a creepy mansion when she’s running from hoardes of zombies, but there’s no reason why we can’t get grand staircases, empty police stations, and buried secrets in the timeline before the outbreak. Setting is key in any successful horror venture, and it would be a real shame if the show skipped out on creating a tense atmosphere in favour of action, as this didn’t exactly earn the movies any favours with fans.

Listen, I liked Marilyn Manson and Marco Beltrami’s soundtrack for the first Resident Evil movie, okay? It suited what they were going for, and my ten-year-old self had a blast with that film. That’s not the type of great soundtrack I’m refering to, though.

The music that starts when you first walk into the RPD Police Station in the original Resident Evil 2, that’s what I’m talking about. It enhances the station’s natural grandoise creepiness. So does the Southern twangs of Resident Evil 7’s main theme. The urgent notes that hit when being chased by a Licker, or a Tyrant, or Nemisis are heart-pounding. If the show is going to lean in to what makes Resident Evil a memorable, eerie experience, it needs a matching soundtrack.

Let’s leave out the trumpets in the basement, though?

3. A Balance Between Old and New 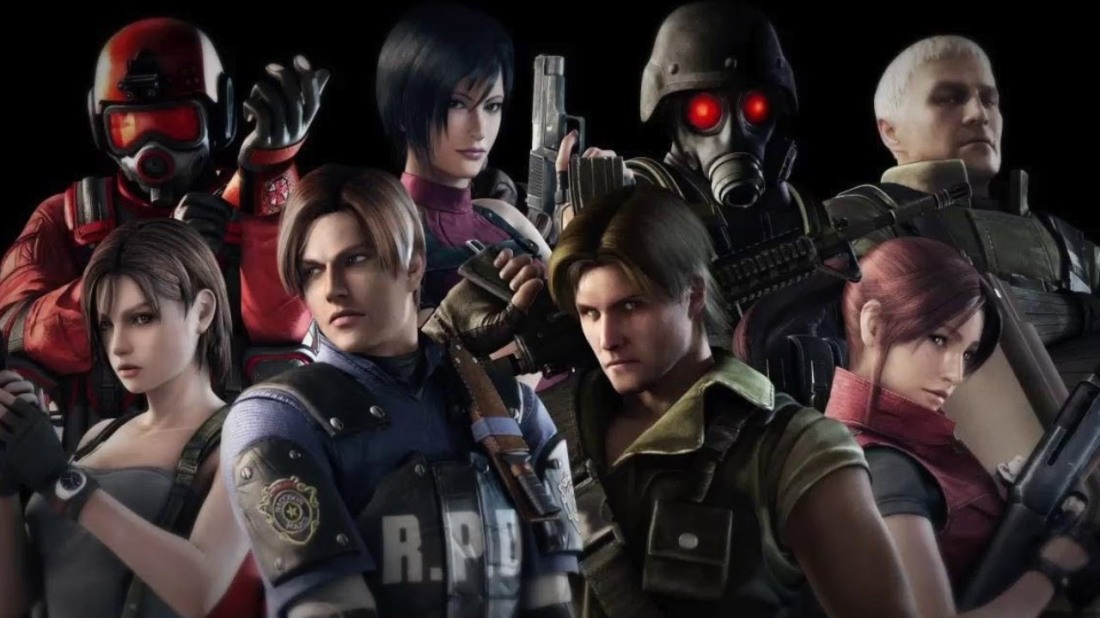 If Netflix had come out and said they were retelling one of the games’ story, I’d be thrilled…then I’d realise that, actually, there’s not a lot of story going on in the classic Resident Evil games. The Franchise is at it’s best when it drops you in a location, sets you the task of escaping, and lets you explore and self destruct your way to the end.

Retelling the later reveals and story developments of the franchise would make for a convoluted mess, because before Resident Evil 7’s soft reboot, that’s exactly where the games had ended up with their superhuman villains and cloning.

So with the promise of ‘old friends’ appearing in the show, I’d hate to see it emulating the worst parts of the games. New characters with compelling stories will help new viewers of the show and fans of the games more likely to stick around.

Stratetically placed typewriters and red herbs would be a nice nod to the aesthetics of the games, and a S.T.A.R.S. or Las Plagas mention isn’t going to put new fans off watching, but it would be a fun shout out to those who spot them.

If we don’t get a master of unlocking reference, I’m sorry but I can simply not support the show anymore.

This is just a nostalgic preference. Resident Evil was born in the 90’s and it would be fun to go back there. Who doesn’t want to see bulky DOS PCs and characters rocking curtains?

With the inclusion of two time lines, this doesn’t seem like an impossible scenario. My dream of seeing a zombie in a shellsuit lives on for the time being. 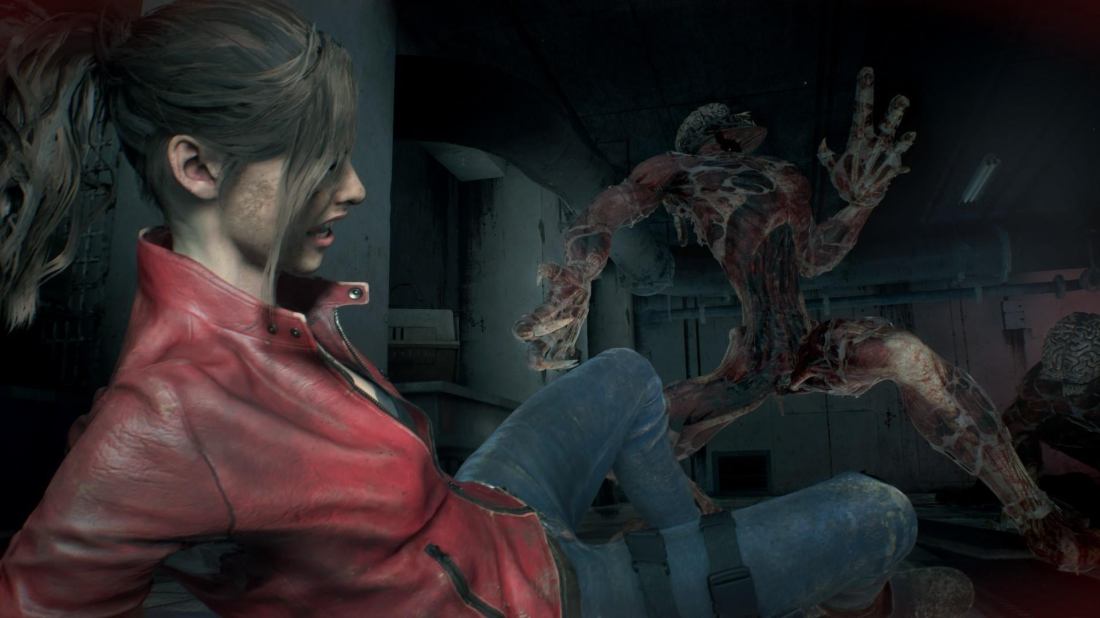 Resident Evil has a rich history of enemy types— so why not use them! Wouldn’t it be amazing to see an Ivy, done right, brought to life? We’ve seen zombie Cerberus Dogs and Lickers in the films, but it would be almost silly not to bring them back. Lickers especially are in equal parts iconic as they are revolting, so let’s see what the show can do with them.

I have no doubt Umbrella will be an integral part of the show. Our distrust of giant corporations hasn’t changed any in the 25 years since the first game released, and a TV show is a great platform for exploring this over multiple episodes and seasons.

What I’d love to see is the day-to-day of the Umbrella Corportation’s lab activities, not just a diary entry found on a swivel chair somewhere. Give me an Annette and William Birkin duo breeding monstrosities over the course of a season, show us how their passion and regret weave into the story— give us a creepy lab, goddammit!

Resident Evil 7 revitalised the franchise like nobody thought it could. The mold-infected Baker family made for a genuinely creepy Texas Chainsaw Massacre-esque horror experience. It was successful in large part to the human horrors we saw in Mia and the Baker family. The early family ‘dinner’ scene is a great example of the type of horror that we weren’t used to Resident Evil doing, but working just as well as the best of its previous work.

People being infected by the Mold in the TV show would be fascinating, as it could be fleshed out so much better, and could be a  great plot device for things like bringing back characters we think are dead.

Hell, have Jade or her sister Billie be infected with the mold and let’s see how that adds to the Wesker family drama.

People acting dangerously insane is as much of a horror staple as zombies are, so I’d love to see both done right. 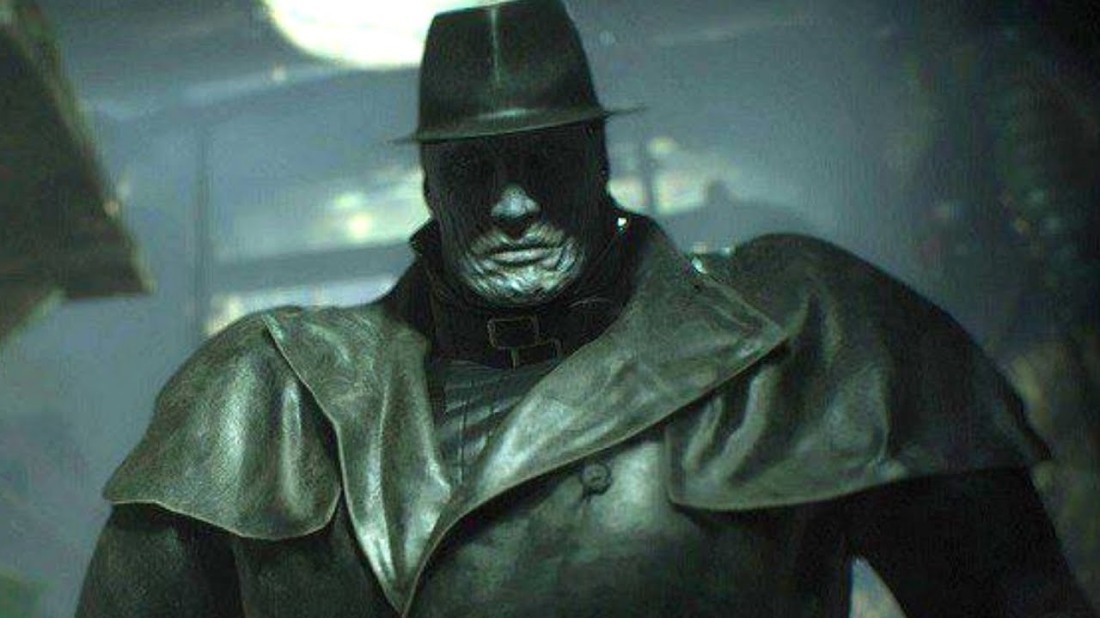 Hiding from one of these absolute units accounts for 90% of my nightmares (the other 10% being trumpets in the basement), so lets give a whole new audience something terrifying to scream over!

Resident Evil finds its scares in a lot of places, but I think a lot of fans’ best/worst experience with the game is the adrenaline-inducing encounters that come with being pursued by these relentless enemies. Even an episode based on this premise would be great.

If done as well as something like the horror film It Follows, a relentless stalker coupled with a great Resident Evil creature design on our TV screen would certainly fit right in with all our sleepless nights.

10. Don’t Do the Dirty on Albert Wesker 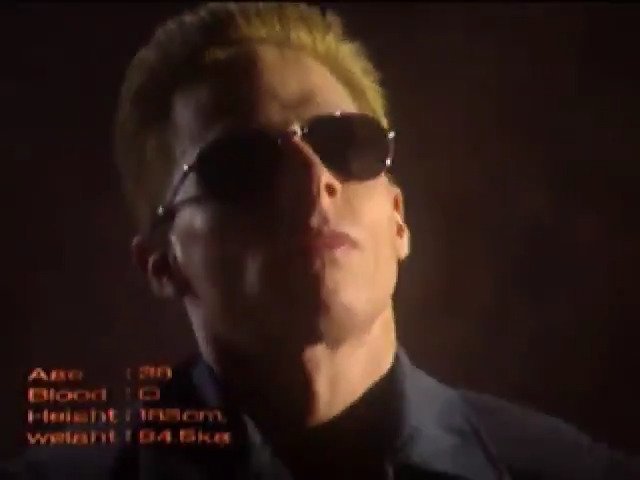 It seems inevitable that the Wesker mentioned in the official announcement is going to be Albert Wesker, who isn’t exactly known for his nuance of character, but that doesn’t mean he can’t be now.

Something tells me he’s not going to be getting in to Matrix-style fights and walking about his house in a leather trench coat and shades, so let’s see him act like a real human being for once and not a pantomime villain. The inclusion of Jade and Billie is a great way for us to see Wesker in a different light, and even if his shady (sorry) roots stay strong, it would be fantastic if we could see the evolution of Wesker through the eyes of his family in a way that doesn’t make us want curl up into a ball and die of cringe when he’s on screen.

Currently an Author at KeenGamer

Previously a Contributor for WhatCulture